Amphioxus: a peaceful anchovy fillet to illuminate Chordate Evolution (I)

The cephalochordate amphioxus occupies a central place in evolutionary thoughts to the origin of Vertebrates. With a prototypical vertebrate-like body plan and a preduplicative genome, the friendly lancelet seems to be in morphological and genetic motionless since its separation from the major branch of evolution that eventually ended up in our corner in the Animal Kingdom. This makes it an ideal model system with which, with the current development of genomic and experimental tools, an Evo-Devo approach to the understanding of the origin of vertebrates looks proper, reliable, and excitingly promising.

The discovery in the 1980's that animals as diverse as flies and mouse shared a toolkit of basic developmental genes helped to reconcile developmental biologists and geneticists, which divorced in the beginning of the XX century after a romantic Darwinian-encouraged relationship (“community of embryonic structure reveals community of descent”, Darwin 1859 [1]). This reconciliation has lead to the nativity of the new discipline of “Evo-Devo”, or evolutionary developmental biology, that tries to explain the evolutionary change by means of changes in developmental genes and gene networks [2]. Among other main metazoan transitions, the one-hundred year discussions as how vertebrates originate from their closest invertebrate relatives are now being sponsored by studying genes and gene networks during embryonic development of lower deuterostomes: hemichordates, echinoderms, urochordates and cephalochordates. 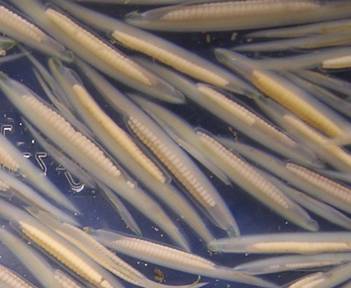 Original drawing (fig No. 11) and description of the amphioxus, Branchiostoma lanceolatum, originally classified as a mollusk From ref. [3] 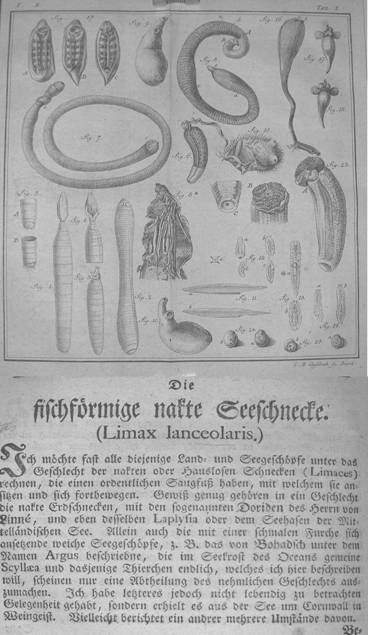 However, amphioxus is devoid of most of the complex features of vertebrates, as an elaborated brain or paired fins. In words of Henry Gee, “the amphioxus looks like nothing more than a pallidly animated anchovie fillet” [4]. In the early XX century, amphioxus became a favourite of the summer students at the Biological Laboratories of the Cold Spring Harbor Laboratories on Long Island, New York, who invented the chorus of a song that became the “Its a long way from amphioxus” song (Fig. 3), authored by the marine biologist Phylip Pope in 1921 and popularised by the folk singer Sam Hilton in 1961 [5].

The amphioxus song “Its a long way from amphioxus”. From ref. [5]

The first developmental genetics record in amphioxus dates of 1992 [6], and since then, it seems clear that, at the genetic level, amphioxus represents the best preduplicative stand-in of the vertebrate genome [7]. Very recently, the position of cephalochordates as the closest invertebrate relative of vertebrates has been challenged [8], and phylogenomic data suggest that amphioxus may in fact be the earlier chordate, or even lower deuterostomes [9]. In this sets of special issues of Int. J. Biol. Sci., research groups passionate in amphioxus genetics are contributing and giving insights into the genome organisation, developmental biology, neurobiology and anatomy of lancelets, giving glimpses and rational hypothesis to understand the genetic mechanisms that underlie evolutionary change in Chordates. Whatever the proper position, amphioxus, at the genomic and morphological level, is an example of a “living fossil”, for which it seems that time has not passed, escaping the, in words of the XIX century zoologist, E. Ray Lankaster “the great destroyer: Time” [10]. Hence, amphioxus is invaluable to illuminate, after 500 M years, the origin of Chordates, our particular corner in the tree of life.

The author is very grateful to all the groups that participate in this special issue, for their effort and fiendship. Author's lab research is funded by grants BFU2005-00252 (Spanish Ministry of Education and Science), by the “Distinció” of the Generalitat de Catalunya, and by the European Community's Human Potential Programme HPRN-CT-2002-00263/BMC 'Neurogenome'.

10. Lankester ER. On the use of the term homology in modern zoology, and the distinction between homogenetic and homoplasic agreements. Annals and Magazine of Natural History. 1870 ;6:34-43