Letter To The Editor

New amyloid plaques or a game of hide-and-seek?

Melanie Meyer-Luehmann et al. recently reported that amyloid plaques form extremely rapidly-within one day, in three mouse models of Alzheimer's disease studied longitudinally in vivo [1]. However, the 'rapid appearance' of 'newborn' amyloid plaques can also be the result of delayed visualization of existing amyloid plaques, which is caused by the increase in the concentration of methoxy-XO4, an amyloid indicator (Fig. 1). The fact that the authors did not find any growth of the 'newborn' amyloid plaques supports this notion. 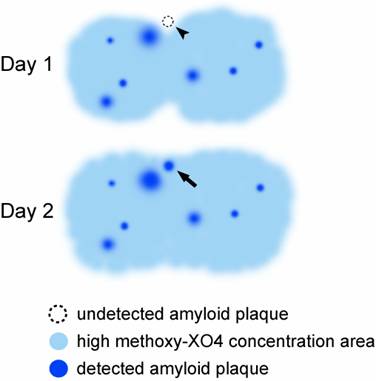