Identification and Knockdown of the Olfactory Receptor (OrCo) in Gypsy Moth, Lymantria dispar 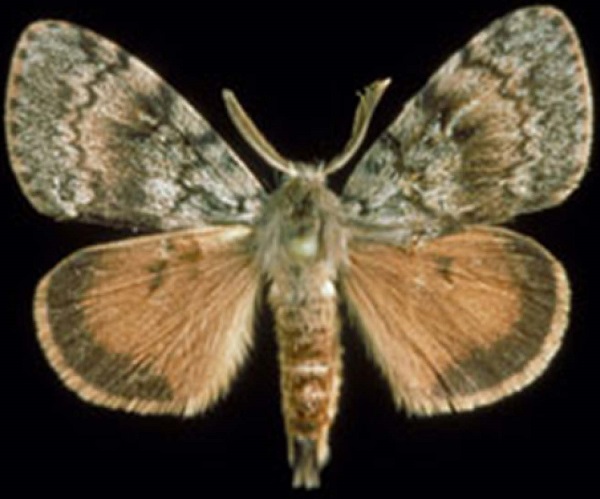 The gypsy moth, Lymantria dispar, is an important economic pest that causes large-scale damage to forests worldwide. Because of its important role in initiating and controlling insect behavior, olfaction—and olfaction-based pest management—has drawn increasing attention from entomologists. In this study, we identified the gene that encodes the olfactory receptor co-receptor (OrCo). Through amino acid sequence alignment, we found that LdisOrCo shares high identity with other OrCo proteins from different insect orders. Next, we performed RNA-interference (RNAi) to assess the role of OrCo in olfaction. Electroantennographic assays showed that after RNAi, the average value of males' response to sex pheromones was 0.636 mV, significantly lower than that of the positive control (average = 1.472 mV). Females showed no response to sex pheromones before or after RNAi. Finally, quantitative PCR showed a strong decrease in the expression of OrCo after RNAi, by ~74% in males and by 23% in females relative to the positive controls. These results indicate that OrCo is not only critical to odor recognition, but it may also represent a new target for development of semiochemicals that can influence insect behavior.